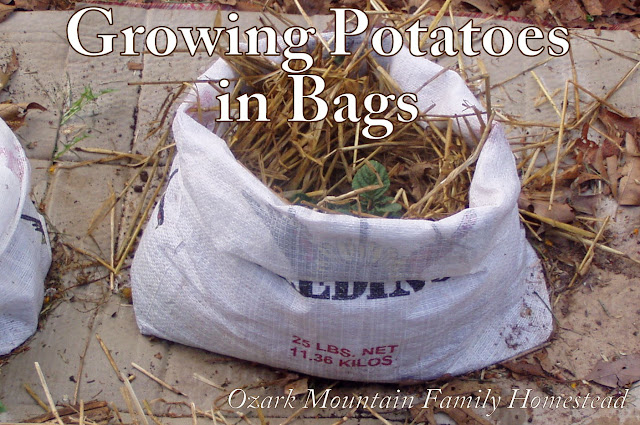 Over the past several years, we have tried growing potatoes here in the Ozarks without much success.  Oh, we would get some potatoes, but they have never done very well.  If you know anything about the Ozarks, you well know what a pain it is to grow anything in this red clay.  This year, we are trying something completely different (for us).  I realize that this method has been out there for awhile, but it never occurred to me to actually try it.  Old habits die hard.


Our potato failures include planting them in raised beds, tiered beds that have been amended, and the whole growing potatoes in straw method.  I've talked to several people that have had good success with the straw method, we just don't happen to be one of them.

I came across this idea on Pinterest and modified it a bit in order to use what I already had instead of buying new stuff.  The original idea included buying landscape fabric and sewing bags out of it.  I couldn't see going to all that trouble when we have several feed sacks that weren't being put to good use yet. 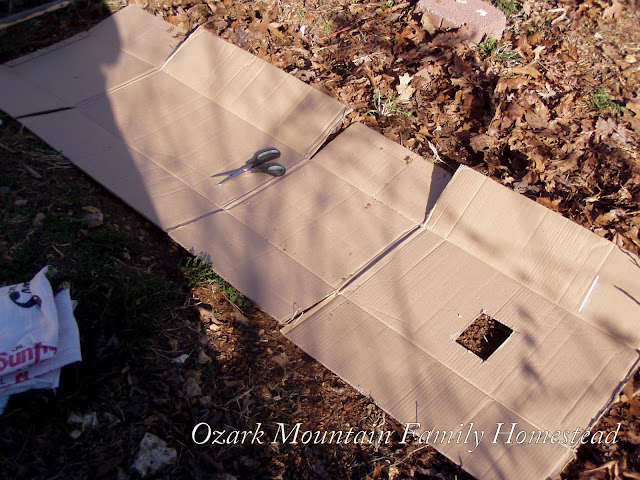 My first step was to find a good level area and then lay down some cardboard.  I don't want weeds growing up around the bags that will have to be trimmed with the weed eater.  The weed eater might put holes in the bags and I'd rather avoid that.

The second step was to cut holes in the cardboard where I wanted to plant my individual potato. 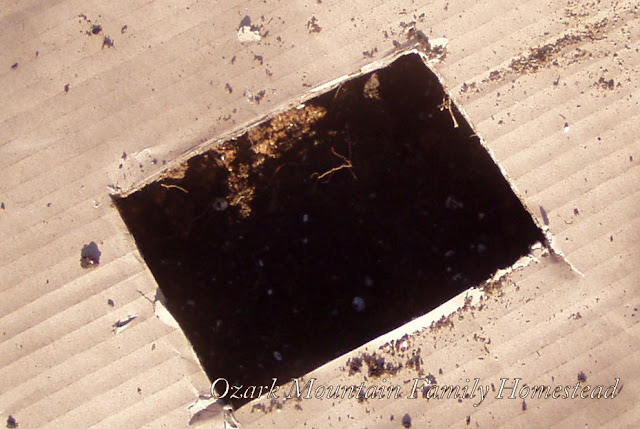 Third step is to dig a hole in your open square to plant the potato in. 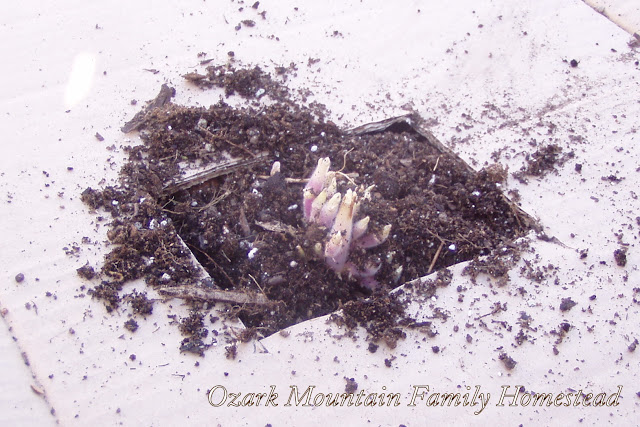 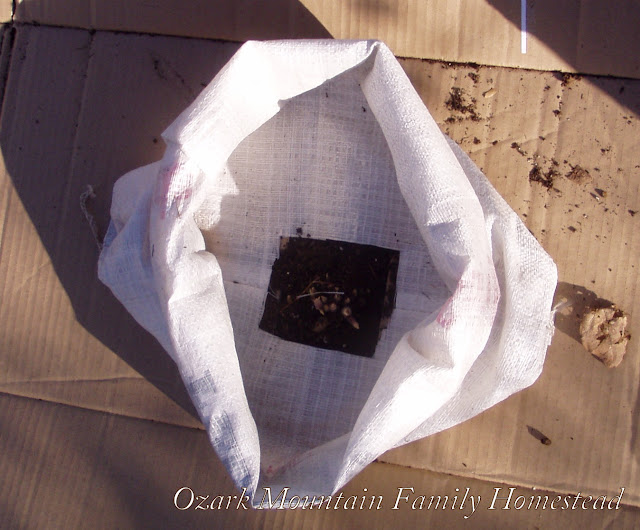 My next step was to cut a matching size hole in the bottom of each bag and to roll down the edges.  I discovered that I really like using the plastic bags that our Black Oil Sunflower seed comes in.  They roll down pretty easy and they'll probably last longer than the lined dog food bags.

I placed a few rocks to weight the bags down initially to keep any strong spring winds from blowing them around.  After the potato begins to grow and the bag is steadily filled with dirt, straw or mulch, it will be heavy enough to stay in place. 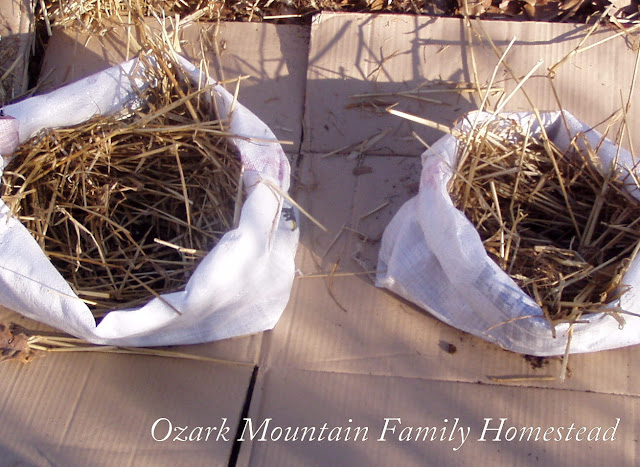 Here you can see what they look like just after I've finished with them.  The picture at the top of the post shows a few weeks worth of growth.  As of this post, I have been very pleased to see lots of growth and have had to fill the bags in with dirt and straw a couple of times and unroll the bags a few times too.

Most of the bags we used were 50 pound bags, but we also used a few 25 pound bags.

Some of the bags I did a bit differently.  I didn't both cutting a hole in the cardboard or the bag, I simply placed about three potatoes in the bottom of the bag with a few rocks to hold the bag down, covered the potatoes with dirt and straw and left them to grow.  We'll see at harvest time, which bags did the best!

Each year of gardening is an experiment whether I like it or not it seems.  Sure enough, when you think you have something figured out, the weather changes on you or a new batch of bugs attack and it feels like you're back to square one.

It must be the love of the challenge that keeps me excited and trying new things.

Here are a few different ideas for growing potatoes....

You can find other great ideas HERE.

What about you?  What new method are you trying this year??

Last year we had a terrible drought.  Cattle farmers were having to cut down trees so their cows could eat the leaves because hay was too scarce and many hay farmers from other states were price gouging until hay was almost triple the usual price.  Needless to say, in concern for our well, we weren't able to water much of the garden, including these potato bags.  Even so, we got a few potatoes from them.  I'm sure that I'll try this method again and hope for a better year regarding rain.  The end result of our first attempt with this method was extremely less than satisfactory, but I don't believe it was due to anything but the rain factor.  At first, when I was watering them, I wondered how much was too much though.  Not sure the right way to gauge how much water it held, but the bags with the holes drained well.  The bags without the holes drained almost as well since they were more of a mesh bag that sunflower seeds come in.